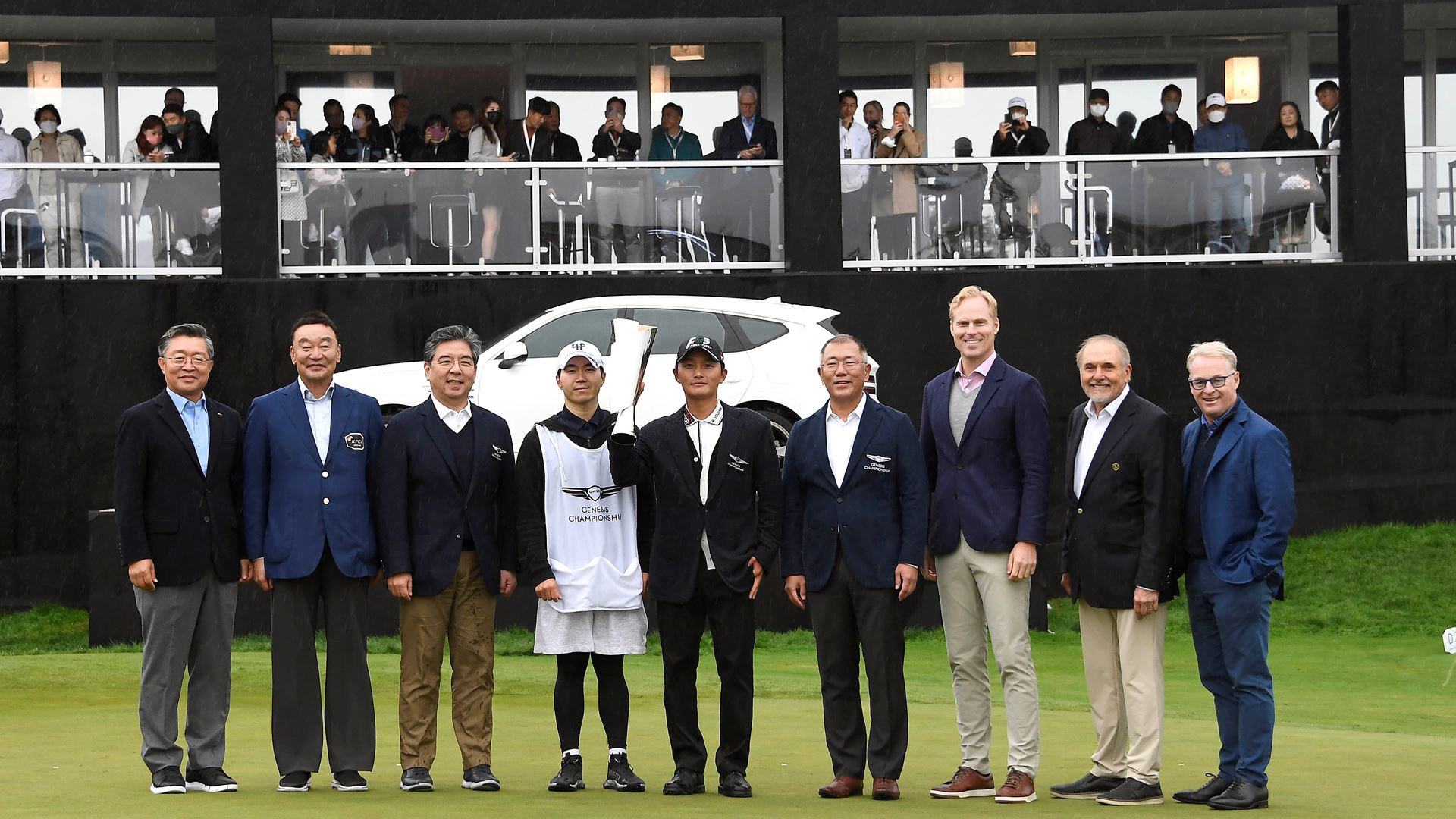 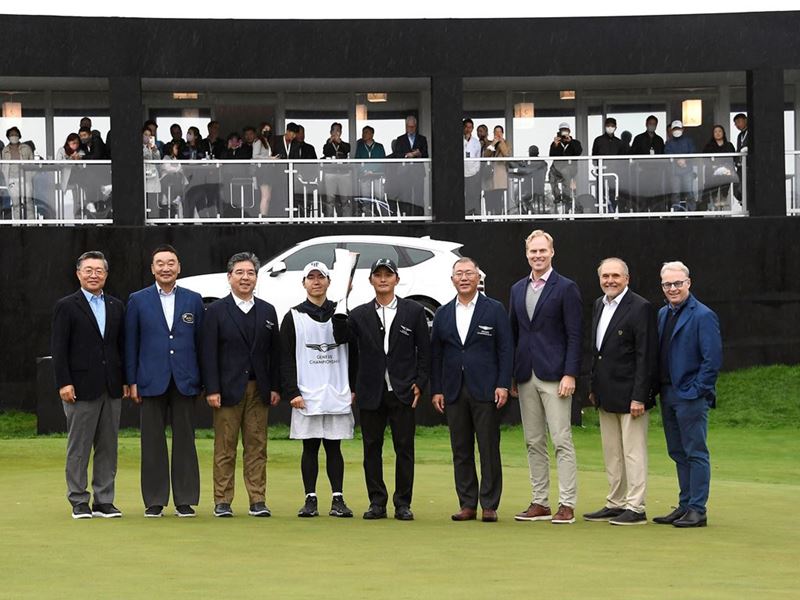 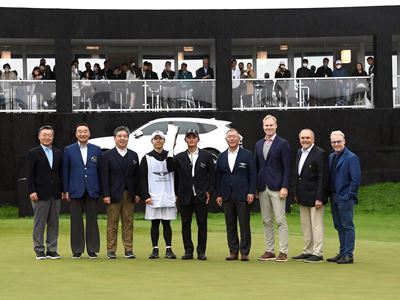 Yeongsu Kim, who won the event with a total score of 6-under 282, takes home a cash prize of 300 million Korean won ($213,000 USD) and a Genesis GV80 with his trophy. He also earned sponsor exemption rights to play in the upcoming Genesis Invitational, Genesis Scottish Open and The CJ Cup.

Recording his first professional tournament victory, Yeongsu Kim picked up his game during the last round at the 7th, and held his own with a strong finish.

As fans returned to the gallery stands for the first time in three years since the pandemic regulations eased, the tournament drew wide attention from Korean golf fans with approximately 8,000 spectators visiting over the four-day period.

Rising to the much-anticipated occasion, Genesis prepared this year’s Genesis Championship under the theme of “An Inspiring Journey,” which is a nod to the brand’s commitment to helping Korean golf players achieve their best, as well as its efforts to captivate golf fans with a variety of programs and amenities on-course.

Genesis has always been committed to enhancing care for players in sponsored tournaments so their experiences are hassle-free, ensuring they save energy and time to focus on their game. Participating players were provided with hotel accommodation, as well as exclusive access to specific paths on the course so they are separated from spectators for added safety and privacy.

The brand also prepared 8,500 golf balls from six popular brands preferred by professional golfers in the driving range along with launch monitors so players can sharpen their game in an environment as close to the tournament as possible.

And along with the Players & Caddies Lounge, Genesis designated other spaces for players and their families for added convenience, including a Family Lounge where children could play and rest as they pleased.

This level of care and support were extended to caddies as well. For the first time in a Genesis Championship tournament, the winner’s caddie received their own separate trophy. And in the Gallery Plaza, Genesis displayed the caddie bibs of all past Genesis Championship tournament winners. These details demonstrate how Genesis continues to support and help cultivate golf culture through its sponsored events.

"I hope both the players and spectators who were here for the tournament are inspired to greater heights,” said Jaehoon (Jay) Chang, global head of the Genesis brand. “We will continue to build on our golf sponsorships to enhance and increase our customer touchpoints both here in Korea and overseas, while also supporting Korean players to advance onto the global stage.”

Immediately after his victory, Yeongsu Kim said, "I secured my first professional win at the Genesis Championship, and I can hardly believe it. I want to thank Genesis for its generous support for players and putting together the best tournament in Korea.” He continued, “I’ve waited a long time for my first championship victory and I’ve finally made it. I hope to continue my winning streak during the remainder of this season. This definitely was made possible thanks to everyone’s support despite the more difficult times.”

Meanwhile, promotional activities and brand experiences at the tournament underlined Genesis’ status as a global luxury brand. The most popular aspect this year were the F&B booths run by restaurants named in the 2023 Michelin Guide Seoul, which was made possible thanks to Genesis’ partnership with Michelin Guide Seoul.

The Honorary Observer program also proved to be popular this year as Genesis offered guests who purchased access to the Genesis Lounge with passes to gain inside-the-ropes experience during the Championship rounds. A total of five teams (10 people) per round were granted the unique, up-close experience.

There were also nine Genesis vehicles displayed throughout the course, showcasing some of the brand’s latest models including the G90, G70 Shooting Brake, and the GV60. Brand representatives were on hand to demonstrate the Vehicle to Load (V2L) feature as well.