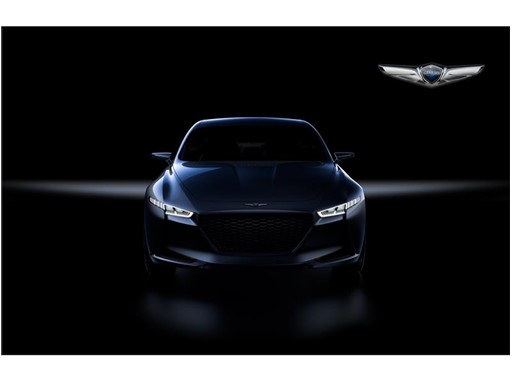 March 16, 2016 - Genesis will unveil its ‘New York Concept’ at the upcoming New York International Auto Show, revealing its ideas of refined design. A design image, together with a teaser film released ahead of the unveiling, hints to the athletic elegance of the four-door sports sedan, expressing the design direction that will distinguish forthcoming Genesis products.

Manfred Fitzgerald, head of Genesis brand, said: “The New York Concept is a progressive concept car that showcases the design quality of the brand. With its expressive volumes and refined design, the New York Concept truly embodies the athletic elegance, which characterizes Genesis products.”

The New York Concept will be unveiled at the Genesis Press Conference at 16:25-16:50, March 23 at the New York Auto Show’s North Concourse.