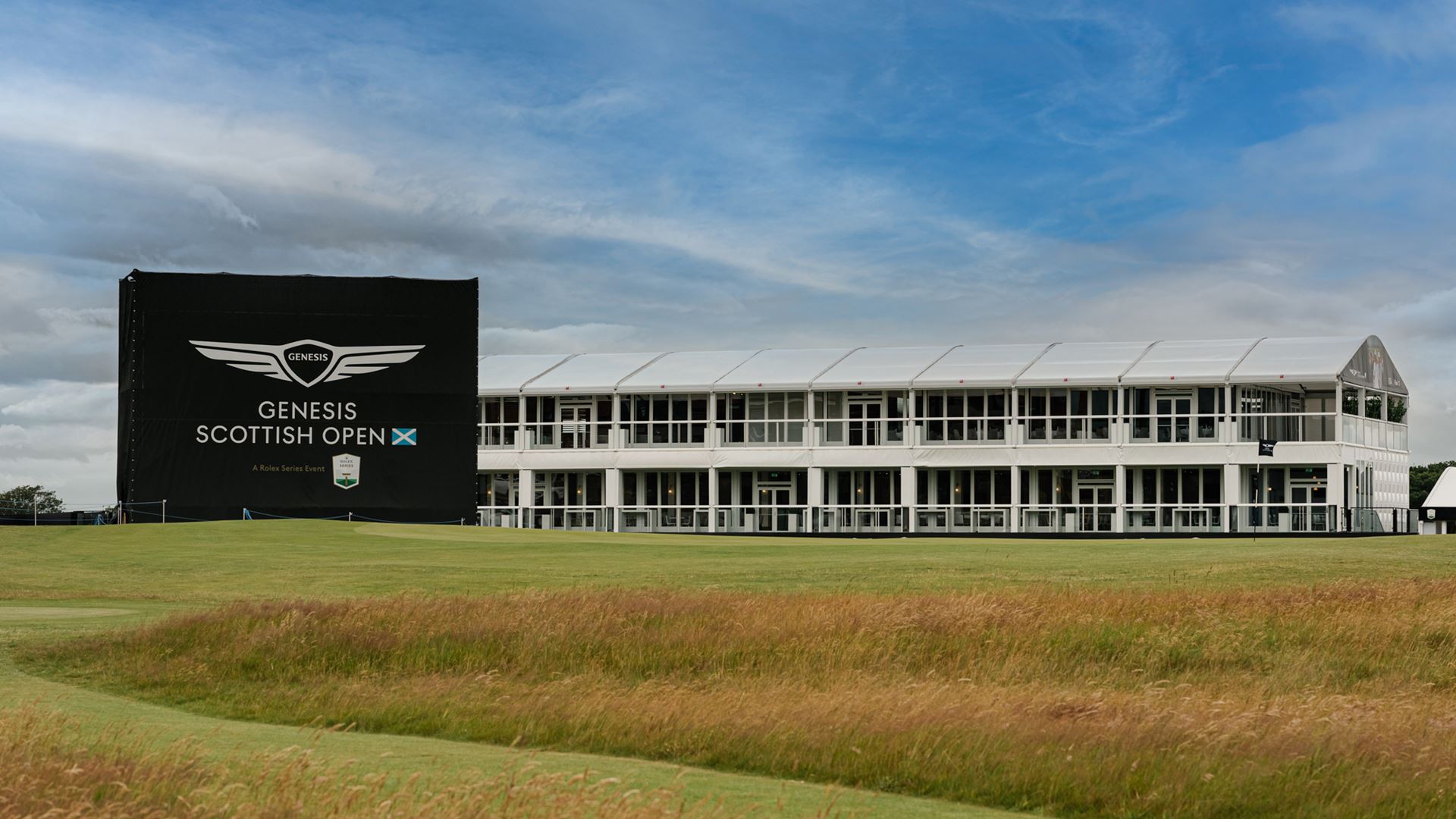 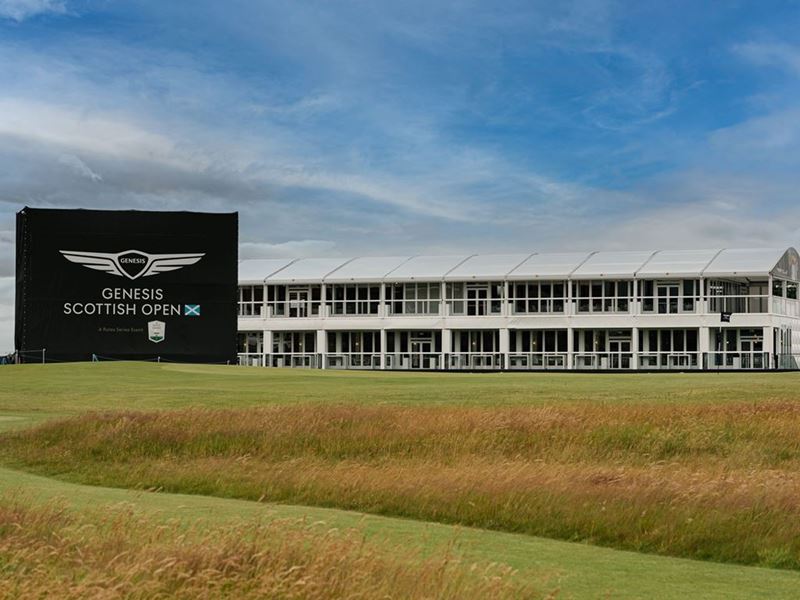 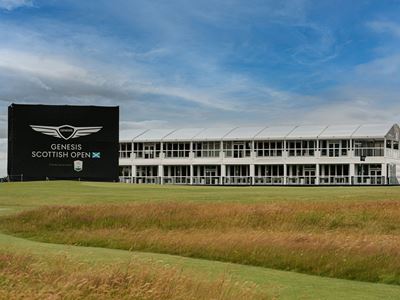 NORTH BERWICK, Scotland, July 6, 2022 — The Genesis Scottish Open is set to begin a new chapter under Genesis’ title sponsorship from Thursday, July 7, to Sunday, July 10, at the Renaissance Club in East Lothian, Scotland.

Carrying the Legacy into the Future

The Scottish Open is one of Europe’s most prestigious golf tournaments and is part of the Rolex Series. The 40th edition will be played in front of a full house, and Genesis is proud to be carrying the tournament’s legacy into the future at the birthplace of golf.

Since the brand’s inception in 2015, Genesis has demonstrated an audacious commitment to golf, having sponsored tournaments both globally and in Korea. Its track record — as sponsor of The Genesis Invitational, the Genesis Championship and the Presidents Cup — attests to that.

“Genesis is honored to be a sponsor of the Genesis Scottish Open, the first tournament ever to be co-sanctioned by the PGA TOUR and the DP World Tour,” said Jaehoon Chang, global head of the Genesis brand. “Genesis has signaled our ‘Audacious Commitment’ to golf since the beginning — to all the players, caddies, fans, and partners. Now we will expand our golf sponsorships to deliver our differentiated brand experiences in Europe, where golf originated.”

An All-Star Field, Formed Through Partnership

As part of a strategic alliance between the two circuits, the field will be split as follows: 75 DP World Tour members, 75 PGA TOUR members, three Professional Invitations and three KPGA players. The stellar lineup includes all four reigning Major champions: Scottie Scheffler (No. 1 in the Official World Golf Ranking), Jon Rahm (No. 3), Collin Morikawa (No. 4) and Justin Thomas (No. 5), among 14 of the top 15 players in the Official World Golf Ranking —which makes it the strongest-ever field for a DP World Tour event.

DP World Tour Chief Executive Keith Pelley said, “We are delighted to get this new era for Scotland’s historic national open under way, as the event is co-sanctioned by the PGA TOUR for the first time and with Genesis as title partner. Genesis has a strong history in golf, with existing sponsorships including The Genesis Invitational on the PGA TOUR, the Genesis Championship in Korea and the Presidents Cup, and their commitment to the Genesis Scottish Open takes this premier event – which has been part of the Rolex Series since its inception in 2017 - to new heights.”

“On behalf of the PGA TOUR, I would like to extend a sincere thank you to our partners at Genesis for their integral role in this historic week,” PGA TOUR Commissioner Jay Monahan said. “Their support of the Genesis Scottish Open builds on their existing involvement with the PGA TOUR through The Genesis Invitational and Presidents Cup. The Genesis Scottish Open represents a significant win for our fans around the world offering the best field in tournament history, a historic national open that dates back to 1972 and meaningful weeks for both FedExCup and DP World Tour season-long competitions. All of this at a stunning location in the Renaissance Club where the fans are as passionate and knowledgeable as anywhere in the world.”

And with Genesis as the title sponsor, three KPGA players will grace the field: Jaekyeong Lee, Joohyung Kim and Bio Kim. Lee won the 2021 Genesis Championship, while Joohyung Kim came in first in the Genesis Point category the same year. Bio Kim earned his exemption card by winning two KPGA tournaments this year. Also at the tournament will be last year’s Genesis Scottish Open winner, Korean-Australian Min Woo Lee, and the PGA TOUR’s Korean players, Sungjae Im and K. H. Lee. Korea is one of the world’s fastest-growing golf markets, and it’s exciting that Korea’s top players can join the world stage at this year’s Genesis Scottish Open — taking their rightful place among the greats.

The tournament winner will receive an Electrified GV70 and 1.44 million USD of the 8 million USD prize purse. The first player to ace the 17th hole will receive an Electrified GV70, and his caddie will be gifted with a GV60. By generously rewarding both player and caddie, Genesis demonstrates that excellence in golf and luxury vehicles go hand in hand.

There will be approximately 140 Genesis vehicles at the Renaissance Club, including those to be given away as prizes or to be used as courtesy cars for players between schedules. 21 cars, including the Electrified GV70 and the GV60, will be on display and available to visitors for test drives. This way, golfers and fans can experience the outstanding car performance that Genesis is known for.

In keeping with the brand’s Korean roots, Genesis treats its customers as guests — “son-nim” in Korean. It’s taking care to extend the same ethos of hospitality to all the players, caddies, fans, and partners at the Genesis Scottish Open through various programs on-site.

There will also be a Players & Caddies Cafe by Genesis — because Genesis is committed to providing exceptional care and comfort for both players and caddies. The venue will provide light snacks and a place to rest for those on the field.

With Genesis Concierge, an activity-booking service available from the Players’ Lounge, golfers’ families can enjoy all the Edinburgh area has to offer. Taking good care of the players’ families is one of many steps that Genesis is taking to support the players so they can focus on the tournament.

Meanwhile, the Genesis Lounge, on the second floor of the Genesis Hospitality Pavilion overlooking the 18th hole, will offer fine dining and refreshments.

Genesis is committed to making a positive impact through philanthropy, sustainability and junior golf. In partnership with the Stephen Gallacher Foundation, Genesis is using the tournament as a platform to encourage young people to take up golf. There will be various efforts to make the tournament more sustainable, such as the absence of disposable plastic cups, and with unavoidable carbon emissions to be offset in a collaboration with the Gold Standard.