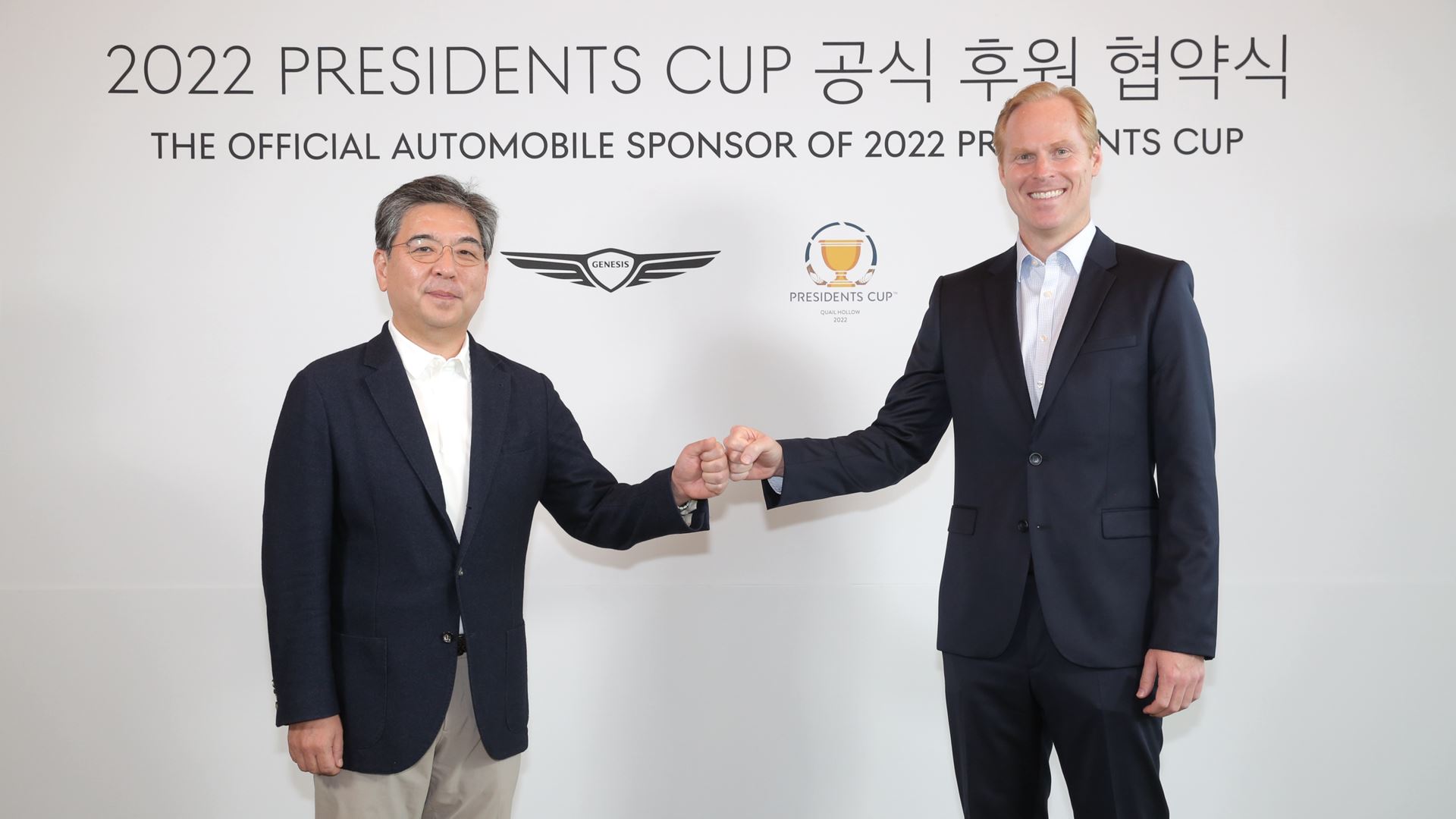 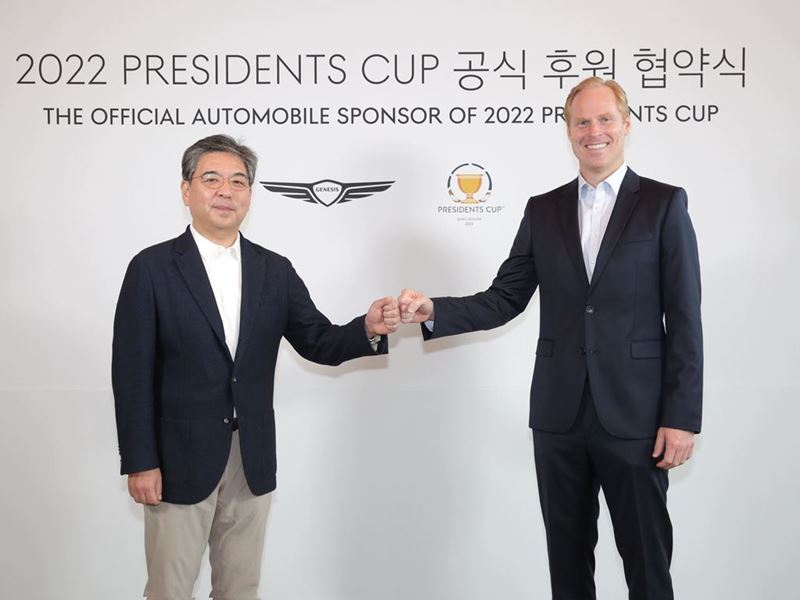 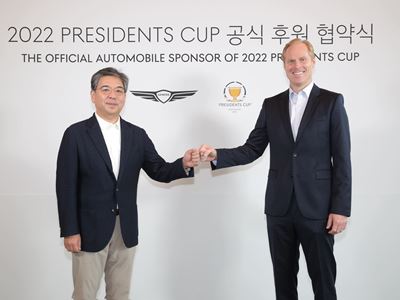 As the Official Automobile Sponsor of the Presidents Cup, Genesis will provide tournament vehicles for the teams, staff and volunteers, with display vehicles being placed throughout the host property.

“Genesis has shown a strong commitment to the sport of golf with a history of tournament sponsorships, including The Genesis Invitational (since 2017), as well as other renowned PGA TOUR events such as THE CJ CUP, the 2019 Presidents Cup, and most recently, the Genesis Scottish Open, which will now be co-sanctioned by the PGA TOUR and European Tour for the first time as a part of a strategic alliance between the two Tours,” said PGA TOUR Senior Vice President, International, Christian Hardy. “Through these partnerships, Genesis continues its commitment to showcasing unique brand experiences while allowing the PGA TOUR to take a significant step in the global growth of our sport.”

Genesis also runs the Korean PGA’s Genesis Championship, which concluded on Sunday with Jae Kyung Lee earning the win with a 14-under 274 total. With the victory, Lee is automatically eligible to compete in The Genesis Invitational and Genesis Scottish Open in 2022.

“As the Official Automobile Sponsor of the Presidents Cup, we are pleased to provide players with Genesis vehicles to use during the tournament,” said Global Head of Genesis Brand Jay Chang. “Genesis will offer the best mobility experiences to players so they can focus on their game and deliver their best performances. Genesis will continue to grow through key partnerships like this one not only in Korea but also all over the world.”

The 2022 Presidents Cup will be held September 20-25 in Charlotte, North Carolina. Quail Hollow Club will be the fifth golf course in the United States to host the Presidents Cup, dating back to the inception of the event in 1994. Quail Hollow has hosted the Wells Fargo Championship since 2003 and brought the PGA Championship to Charlotte in 2017.

As host of the 2007 and 2024 Presidents Cups, The Royal Montreal Golf Club will become the second international venue to host the event more than once, joining The Royal Melbourne Golf Club in Melbourne, Australia, a three-time host.

For more information about the Presidents Cup, please visit PresidentsCup.com.


About Genesis
Genesis is a global luxury automotive brand that delivers the highest standards of performance, design, safety and innovation while looking towards a more sustainable future. Genesis designs customer experiences that go beyond products, embodying audacious, progressive and distinctly Korean characteristics within its unique “Athletic Elegance” design identity. With a growing range of luxury models— including the G90, G80, G70, GV60, GV70, and GV80—Genesis aims to lead the age of electrification by focusing on a dual electrification strategy involving fuel-cell and battery EVs, starting with its G80 and GV60 electric models. Genesis has stated it’s commitment to becoming a 100% zero emission vehicle brand by 2030 and to pursuing carbon neutrality by 2035. Since it’s initial launch in Korea, Genesis has emerged in key global markets including North America, Europe, China, Australia, Russia, and the Middle East, establishing a strong relationship with customers around the world. For more information please visit the official website at https://www.genesis.com

About the Presidents Cup
The Presidents Cup is a unique golf event in that there is no purse or prize money. Players are not paid for their participation, but each competitor allocates an equal portion of the funds generated to charities of his choice. Since the event’s inception, more than $54.4 million has been raised for charity from event proceeds, as well as contributions made on behalf of the Presidents Cup, including a charitable donation of $5.3 million from the 2019 event alone.


Citi, Cognizant and Rolex are the exclusive Global Partners of the Presidents Cup.


About Cognizant
Cognizant (Nasdaq-100: CTSH) is one of the world’s leading professional services companies, transforming clients’ business, operating, and technology models for the digital era. Our unique industry-based, consultative approach helps clients envision, build, and run more innovative and efficient businesses. Headquartered in the U.S., Cognizant is ranked 194 on the Fortune 500 and is consistently listed among the most admired companies in the world. Learn how Cognizant helps clients lead with digital at www.cognizant.com or follow us @Cognizant.


About Rolex
An unrivalled reputation for quality and expertise Rolex, a Swiss watch manufacture headquartered in Geneva, is recognized the world over for its expertise and the quality of its products. Its Oyster and Cellini watches, all certified as Superlative Chronometers for their precision, performance and reliability, are symbols of excellence, elegance and prestige. Founded by Hans Wilsdorf in 1905, the brand pioneered the development of the wristwatch and is at the origin of numerous major watchmaking innovations, such as the Oyster, the first waterproof wristwatch, launched in 1926, and the Perpetual rotor self-winding mechanism invented in 1931. Rolex has registered over 500 patents in the course of its history. A truly integrated and independent manufacturing company, Rolex designs, develops and produces in-house all the essential components of its watches, from the casting of the gold alloys to the machining, crafting, assembly and finishing of the movement, case, dial and bracelet. Through philanthropic programmes and a broad palette of sponsorship activities, Rolex is also actively involved in supporting the arts, sports and exploration, and encourages the spirit of enterprise, as well as the conservation of natural environments.