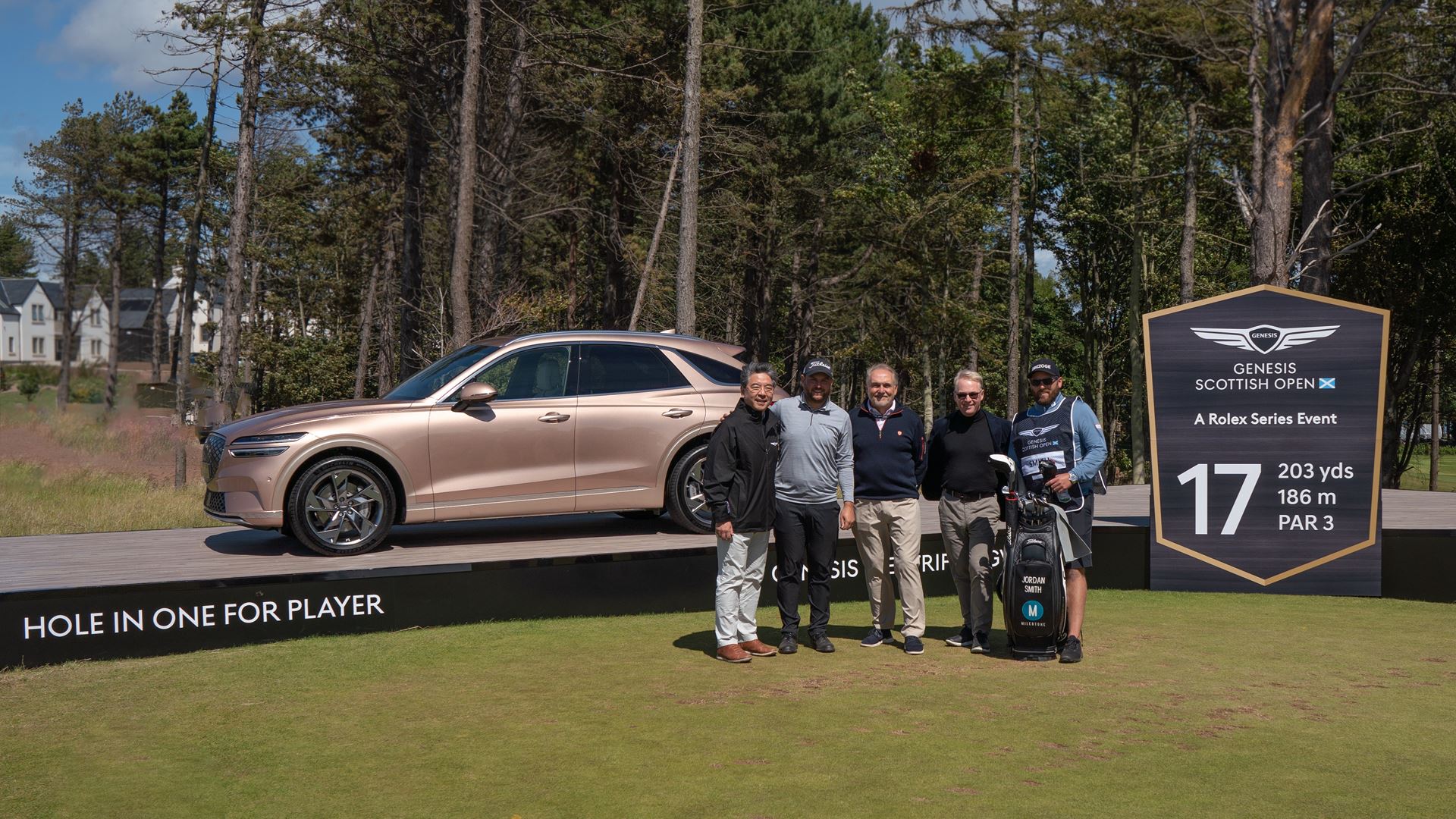 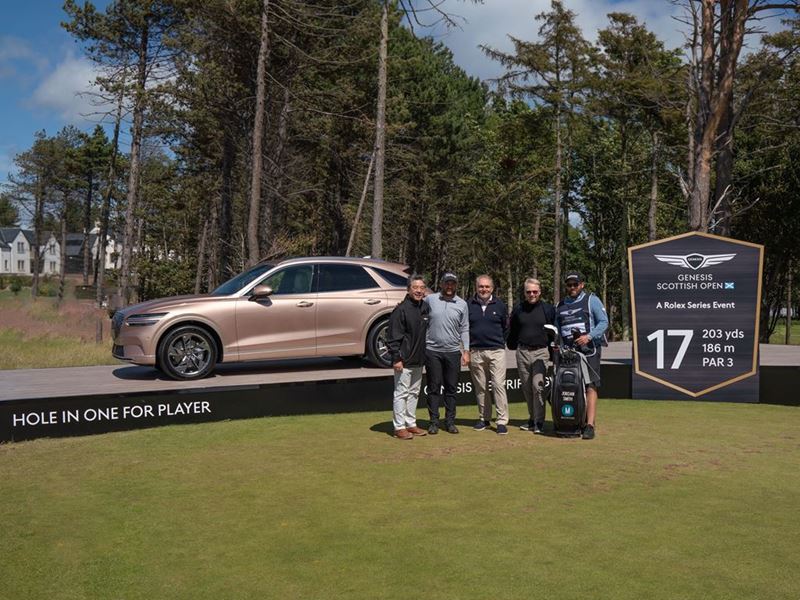 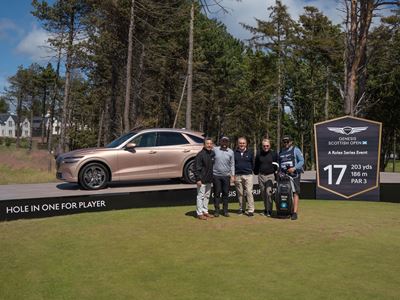 North Berwick, Scotland: 8 July, 2022: Jordan Smith, winner of the 2017 European Open, hit an incredible hole in one at this year’s Genesis Scottish Open, earning him and his caddie a Genesis vehicle each. The English player was the first to ace the 17th hole, during the second day of the tournament.

Smith was on his way to a three under finish overall when he hit a remarkable 186 yard shot with his six iron. As a prize for making the amazing hole in one, Smith was handed the keys to a new Electrified GV70 SUV, which made its European debut at Goodwood Festival of Speed last month, while his caddie, Sam Matton was given an all-electric Genesis GV60.

Speaking after sinking his second ever hole in one Jordan said: “We've been chatting about it during the week saying that the pin on the front left could be a good chance for a hole in one and it just happened, to me, today!

“The wind was howling off the right but I struck a perfect six iron and it landed right of the pin and caught the slope and rolled in. Even though we couldn't see it at the time we knew it went in as the crowd went nuts.”

Sam Matton, Jordan’s caddie adds: “I’ve been looking for a new car recently and with my birthday at the end of the month, this is perfect timing – what an early birthday present! I finished caddying at the end of last season with Steven Brown and was going to take a break. I got a call from Jordan and the rest is history.”

For Genesis Managing Director Dominique Boesch commented: “We are delighted to see the hole in one made today in such challenging conditions and to gift Jordan and Sam two of our latest electric models. Both Jordan and Sam shared that they would be picking their prize vehicles in matte grey, underlining the strong connection between player and caddie. We wish Jordan and Sam the very best of luck for the rest of the tournament.”

The Genesis Scottish Open represents the Korean brand’s first title sponsorship of a headline European golf event and it follows similar partnerships around the globe. Genesis has been firmly committed to providing exceptional care and comfort for both players and caddies, which is clearly demonstrated in the double hole in one prize. Since its inception in 2015, Genesis has sponsored tournaments both overseas and in Korea, including the Genesis Invitational, the Genesis Championship and the Presidents Cup.

Genesis brings premium cars with a luxury experience to Europe. The Korean brand has established itself as a true alternative within the premium segment. With a commitment to hospitality and great service, Genesis strives to build sincere relationships with customers and, above all, to respect the greatest luxury – their time. Embodying its unique design language ‘Athletic Elegance’, the brand continues to strengthen its range of vehicles and services across Europe having launched five premium luxury vehicles in 2021. Genesis will introduce three electric vehicles in 2022 and, from 2025, all-new Genesis vehicles will be pure electric as part of the brand’s vision for a sustainable future. Genesis will also pursue a goal to become carbon net zero by 2035.