GENESIS TO BE OFFICIAL VEHICLE PARTNER OF PRESIDENTS CUP IN MELBOURNE 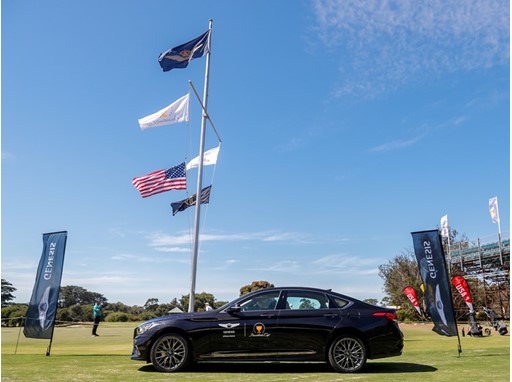 15 November 2019 - Automotive luxury brand, Genesis Motors Australia, has today announced its vehicle partnership of the Presidents Cup, which will be hosted at the prestigious Royal Melbourne Golf Club 9-15 December 2019.
Genesis will be creating experiences for golf fans and hospitality guests on each day of the event to provide them with unique insights into the 2019 event, while 27 Genesis vehicles will be provided to tournament organisers to transport players and guests.
Genesis ambassador and former U.S. PGA TOUR professional, Paul Gow, will also be in attendance at what promises to be one of the most prestigious sporting events in the Australian sporting calendar.
“Genesis is very proud to partner the Presidents Cup in Melbourne. It pits the very best players in the world against each other on one of the world’s most renowned golf courses, all in the name of competition and charity,” said Mr. David Lederer, Head of Genesis Motors Australia.
“The Genesis association with the Presidents Cup began in 2015 and our proud association with golf continues around the world today. Australia is a very important market for Genesis and we look forward to being part of the excitement and excellence of the Presidents Cup in December.”
"We strive to find partners that reflect the status and nature of the Presidents Cup and having Genesis connected to our event is a perfect fit," said Mr. Matt Kamienski, Presidents Cup Executive Director.
“Our players, fans and others associated with the event will have an up-close look at how Genesis makes true on their goal to make luxury a complete experience."
Genesis’ partnership with the Presidents Cup began in 2015 when the tournament was held in Incheon, South Korea. Since then Genesis’ association with the game has grown to now include the U.S. PGA TOUR Genesis Invitational held in Los Angeles, the Genesis Championship on the Korean PGA Tour, as well as a previous three-year partnership with the Australian Open from 2016-2018.
The Presidents Cup will be held from 9 - 15 December, 2019 at The Royal Melbourne Golf Club. The event marks the third time the Presidents Cup has been played in Australia, the last being 2011 where U.S. team was victorious. The International Team earned their sole victory in the event’s first trip to Melbourne in 1998.
For more information on Genesis, please visit: www.genesis.com
For more information on the Presidents Cup, please visit: www.presidentscup.com
About Genesis
Genesis is a design-focused luxury brand that embodies the philosophy of Athletic Elegance. The Genesis product lineup consists of the flagship G90 luxury sedan, the G80 and G80 Sport midsize luxury sedans, and the G70 luxury sport sedan, which was named 2019 North American Car of the Year. In 2018, Genesis was the highest-ranked brand in the automotive industry awards for quality and owner satisfaction by respected, third-party experts, including Consumer Reports, J.D. Power and AutoPacific. For more information on Genesis and its new definition of luxury, please visit www.genesis.com.
About The Presidents Cup
The Presidents Cup is a unique golf event in that there is no purse or prize money.  Players are not paid for their participation, but each competitor allocates an equal portion of the funds generated to charities of his choice.  Since the event’s inception, more than $49.1 million has been raised for charity from event proceeds, as well as contributions made on behalf of the Presidents Cup, including a record charitable donation of $10.7 million from the 2017 event alone.